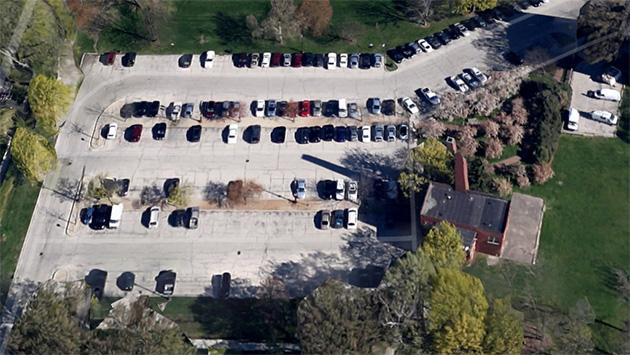 Evanston city officials say they've received word that the city has won a $750,000 grant from the Metropolitan Water Reclamation District to rebuild the parking lot behind the Civic Center.

City Manager Wally Bobkiewicz told aldermen Monday night that MWRD offiicials contacted the city a few months ago to say that some other communities that had received grants had been unable to follow through on their projects and asking whether Evanston had any projects ready to go that might qualify for funding.

"Evanston was able to quickly take advantage of that opportunity," Bobkiewicz says, since had already developed plans for the parking lot work.

Public Works Director Suzette Robinson says the plans for the new lot include using permeable paving on the parking stalls and walkways, bioswales and rain gardens — all of which meet MWRD goals by reducing water runoff into the sewer system.

The MWRD grant is expected to cover about 85 percent of the project cost.

Robinson says she anticipates the work will be completed by this fall.

Above: A warm weather aerial view of the Civic Center parking lot from Google Maps.