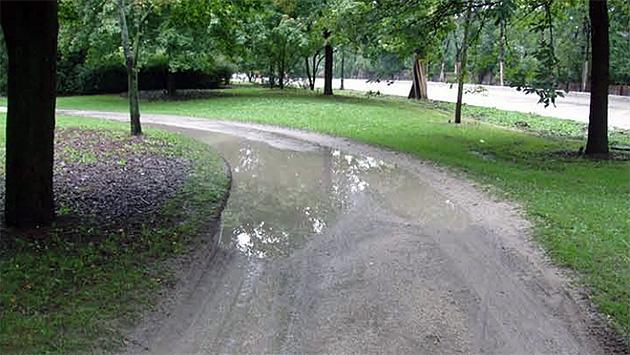 The City of Evanston has received a $580,000 federally-funded grant awarded through the state to upgrade pathways through the Ladd Arboretum.

The grant was one of dozens statewide, totaling nearly $50 million, announced by Gov. Pat Quinn on Wednesday.

The City Council voted last April to apply for the grant, which will require a match of $145,000 in city capital improvement funds.

The arboretum's multi-use trail is used by pedestrians and bicyclists. It was built in the early 1960s, and city officials say it has received little in the way of improvements since.

As shown in the image above from the arboretum's 2007 master plan, portions of the pathway often become flooded during rainy weather.

City officials say that leads children who normally use it as a pathway to nearby schools, to walk in the roadway of McCormick Boulevard instead, creating unsafe conditions for them.

Other Chicago suburbs also received funds from the Illinois Transportation Enhancement Program grants announced Wednesday, with one of the largest awards — $1.4 million — going to Skokie for streetscape improvements on Oakton Street.