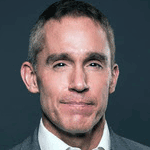 The City of Evanston has received the highest possible score from the Human Rights Campaign Foundation’s Municipal Equality Index, the only nationwide rating system of lesbian, gay, bisexual and transgender inclusion in municipal law and policy.

And the city today announced the appointment of Community Development Director Mark Muenzer as the city's LGBT Liaison.

The HRC report concludes that cities across the country are taking the lead in supporting LGBT people and workers, even when states and the federal government have not.

Evanston and the City of Chicago are the only two Illinois cities to receive the top score of 100.

The cities that Human Rights Campaign studied include the 50 state capitals, the 200 most populous cities in the country, the four largest cities in every state, the city which is home to each state’s largest public university, and an equal mix of 75 of the nation’s large, mid-size and small municipalities with the highest proportion of same-sex couples.

In total, 353 cities across the nation were assessed, including seven in Illinois. While not eligible for assessment using the MEI criteria, the City of Evanston was one of only four cities to successfully self-submit for evaluation.

Mayor Elizabeth Tisdahl said the rating indicates "just how great Evanston is for not only LGBT people, but for all people who live, work and play here.”

The City of Evanston earned the maximum points for almost all criteria in six categories, including non-discrimination laws; relationship recognition; the municipality as employer; municipal services; law enforcement (appointing an LGBT Police Liaison and reporting of hate crime statistics to the FBI); and the City’s relationship with the LGBT community.

As the LGBT Liaison, Muenzer will serve as the main point of contact between the city and the lesbian, gay, bisexual and transgender community of Evanston, providing information, referral services, guidance, coordination, and technical assistance to the city and residents.

“As a well-respected member of our staff, Mark will be an effective ambassador to the LGBT Community in Evanston,’ said Alderman Mark Tendam, 6th Ward. “Similar to his role as the director of community development, Mark will bring his collaborative spirit to ensuring LGBT residents’ voices are heard."