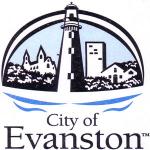 Last fall, when Evanston officials were preparing this year's budget, they estimated the city would end up spending about $1.6 million less from its general fund than originally budgeted in 2013.

Well, snowstorms and other unexpected expenses that led to extra overtime for police, fire and public works employees threw those happy hopes out the window, and the city ended up spending $84.7 million rather than the $84.5 million originally budgeted — or 0.21 percent over budget.

But, the city's chief financial officer, Marty Lyons, says, fortunately the city's general fund revenues were even higher than expected — coming in at 2.76 percent over budget.

So, Lyons will ask aldermen at tonight's City Council meeting to amend the 2013 budget to reflect the actual amounts and to go ahead with planned transfers from the general fund of $1 million to the debt service fund, $600,000 to the fleet maintenance fund and $500,000 to the insurance fund.

He says that will leave the general fund with reserves of over $17 million — just over 20 percent of last year's expenses, and more than double the minimum reserve level set by the cityi's budget policy.