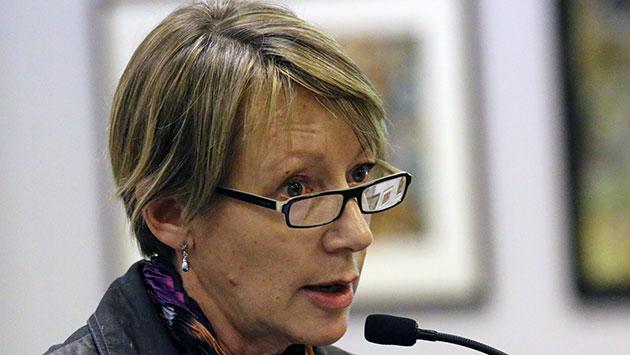 It appears the Evanston Art Center could have a half-million loan from the city to help purchase its new building as early as next week.

The City Council Monday night gave City Manager Wally Bobkiewicz authority to negotiate details of the last-minute agreement, which art center officials say they need to be able to close on the new building at 1717 Central St. by an Oct. 7 deadline.

Art Center Executive Director Norah Diedrich said the organization has raised $1.6 million toward a $2.5 million capital campaign goal in just over two months, including about $100,000 in the last week. And, she said, more pledges have been promised and the group countinues to reach out to additional potential donors.

In addition, she said, Evanston-based First Bank & Trust has approved a $1.5 million mortgage loan to cover most of the building's $2 million purchase price.

But she said the center needs to spend an additional $1.8 million to renovate the building for a scheduled opening on May 1 next year, and needs a short-term loan from the city to make the deal work.

Alderman Coleen Burrus, 9th Ward, complained that the art center should have known sooner that it was going to need the money so the proposal could be reviewed by a council committee before coming to the full City Council for approval.

But City Manager Wally Bobkiewicz said that given the time constraints — he said the city didn't receive the art center's request until last Wednesday — the mayor decided to put it on the council agena as a special item of business for Monday's meeting. 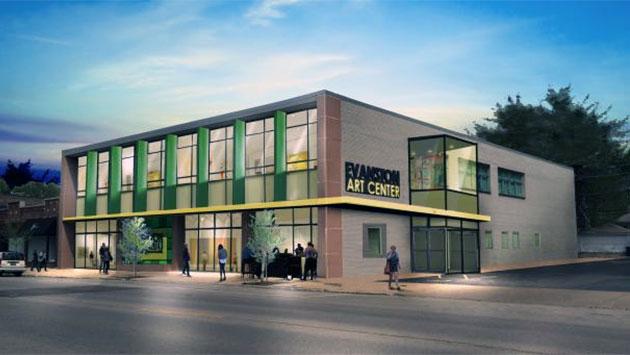 A rendering of what the renovated building at 1717 Central St. would look like.

Several aldermen requested additional information to support the proposal, and Diedrich promised to provide that.

In response to a question from Alderman Ann Rainey, 8th Ward, Bobkiewicz said he would recommend taking the money from the city's Economic Development Fund, but that to meet the city's budget and cash flow needs the fund should be paid back within 18 months.

Alderman Don Wilson, 4th Ward, suggested having installment payments on the loan every six months and Alderman Jane Grover, 7th Ward, said there should be interest payments to the city over the term of the loan.

Burrus complained that having the building owned by the not-for-profit art center would cost $117,000 a year in lost property tax revenue, but Alderman Mark Tendam, 6th Ward, said that even if the property wasn't on the tax rolls, the art center's presence would "help redevelop what has been a long-dormant section of Central Street."

The aldermen voted 7-1, with Burrus casting the only no vote, to authorize the city manager to draft a loan agreement with the center that the council would schedule for a final approval vote at next Monday's meeting.