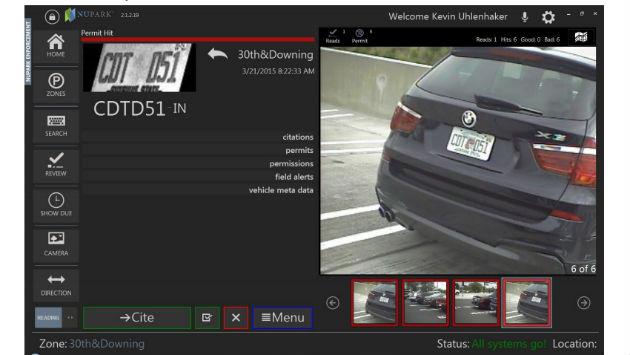 Evanston aldermen Monday are scheduled to adopt changes to implement plans to eliminate stickers from the city’s parking enforcement system and rely on license plate recognition technology instead.

Up for approval Monday are changes to the city code to eliminate the requirement of stickers for permit parking in the city’s surface parking lots and to purchase five license plate recognition systems from Passport Labs of Charlotte, North Carolina, for $206,500.

In a memo to aldermen, Assistant City Manager Erika Storlie says the city has been using mobile license plate reading technology for some parking enforcement functions since 2012.

She says the city now needs seven parking enforcement vehicles equipped with the license plate reading techology to keep up with the enforcement work and that two of the five existing systems are no longer working consistently and another is nearing the end of its useful life.

She says the new software for the system will proide near real-time analysis of parking occupancy data that should make it easier to conduct parking usage studies.

The ordinance change will shift permit payments for surface parking lots to a monthly rather than quarterly basis and will let people renew the permits automatically through the Park Evanston app or the city website.

The City Council Monday is also scheduled to vote on a plan to change the deadline for wheel tax payment to Sept. 30 instead of Dec. 31.

City staff say the switch will reduce the year-end crush of work at the city collector’s office and let the city use summer youth workers to handle some of the wheel tax program tasks in August.

The new plan would mean residents would make a nine-month wheel tax payment this December at three-quarters of the annual rate, and need make their next 12-month payment in September 2020.

The city also plans to switch to a stickerless solution for resident on-street parking permits.