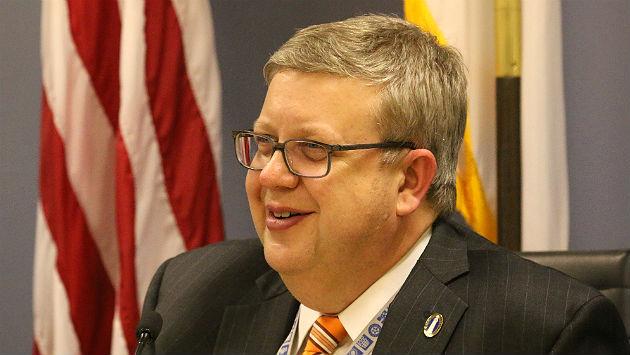 Evanston City Manager Wally Bobkiewicz announced his resignation today in a email message to city staff. He said Friday, Sept. 27, will be his last day on the job in Evanston, and he’ll start his new job as city administrator in Issaquah, Washington, on Monday, Sept. 30.

In his message he said he’s proud of the “talented, diverse group of people” in the team he assembled to work in city government here.

He noted that part one crime has declined over 30 percent and violent crime is down more than 60 percent since 2009 and that more than 2,000 new housing units have been added or are under construction in the city.

Here’s the text of his message:

Today I will submit my resignation as City Manager to Mayor Hagerty and the City Council effective September 27, 2019. I will begin a new role as City Administrator of Issaquah, Washington on September 30, 2019.

It is hard to put into words what it has meant to serve Evanston as its City Manager. We are fortunate to work in a community that is blessed with so many natural and material resources. People want to be in Evanston to live, work, play, shop and go to school. The work that we do here every day enhances these experiences, regardless of our role. Community members have high expectations of what is means to be an Evanstonian and I have welcomed the challenge to meet these expectations.

During my ten years as City Manager, I am most proud of the team I have assembled to serve the community. The men and women who lead the City are a talented, diverse group of people who are at the top of their respective municipal professions. The good work accomplished by the City is done thanks to the leadership of these outstanding individuals.

Working together, the City has accomplished a great deal in the last ten years.

Evanston will always be a special place for me, not just because of the accomplishments above, but because it is also the place where I started my family.  My wife, Patrice, and I were married only a few weeks when we moved to Evanston.  Our son, Wally IV, was born here in 2016 and was able to start his young life in this wonderful, diverse community.

Thank you for the privilege of working with all of you.  It is has been the honor of my professional career.