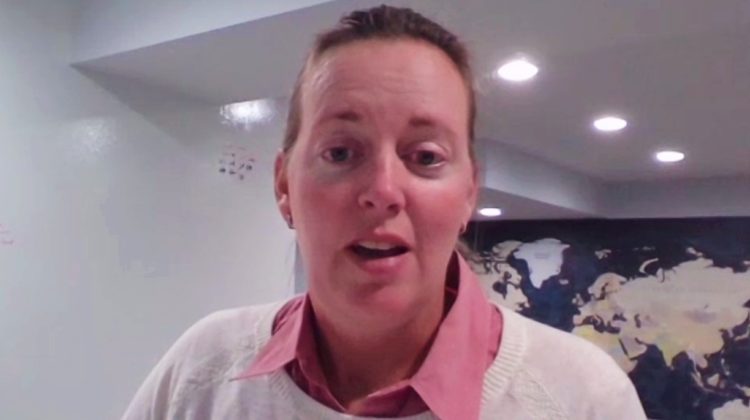 The Evanston City Council is scheduled to vote Monday on a separation agreement between the city and City Manager Erika Storlie.

The item for the separation agreement appears as a special order of business on Monday’s City Council agenda.

The proposed agreement calls for Storlie’s last day of work to be Oct. 8. Under the agreement she would also receive an additional 20 weeks of compensation beyond that date.

The agreement would obligate Storlie to “reasonably cooperate with any pending litigation or litigation not yet known arising out of her time as the City Manager” and with “the City’s independent investigation into the allegations of misconduct among lakefront staff.”

The agreement would bind her and the city to confidentiality provisions regarding her employment and her departure and attempts to discharge all potential claims the city or Storlie might have made against each other.

The agreement says the city will limit its response to inquiries about the reason for her separation it would say only:

“Erika Storlie served the City of Evanston for over sixteen (16) years, most recently as its City Manager, and dedicated significant effort to her duties over that time. Her service is appreciated. Ms. Storlie has advised the City that she seeks to pursue other opportunities, and both she and the City of Evanston have mutually agreed that she will leave her employment with the City to pursue those opportunities. We wish her success in her future endeavors. The City does not comment on personnel matters and we have no further comment.”

In an appendix to the agreement Storlie writes:

“For the reasons we have discussed, I have elected to submit my voluntary resignation, effective at the close of business on October 8, 2021. I am happy to have had the chance to serve the residents of Evanston, and I am proud of the accomplishments we made during my time here. I extend my best wishes for a successful future to you, the residents of Evanston, and the City’s fine workforce.”

Storlie had first started work for the city in 2004 as a web developer and gradually advanced under the 10-year tenure of former City Manager Wally Bobkiewicz, being named deputy city manager in 2013, director of the Administrative Services Department in 2015 and assistant city manager in 2018.

After Bobkiewicz left in 2019 she was named interim city manager in 2019.

She drew praise from then Mayor Steve Hagerty and some aldermen for her work handling the city’s response during the early months of the COVID-19 pandemic leading to an effort by Hagerty and others to cut off a nationwide search for a new city manager and name Storlie to the job.

But that move sharp criticism from two aldermen, Tom Suffredin (6th) and Cicely Fleming (9th), and from some community groups that suggested postponing the selection of a new manager until after the April 2021 city election.

During the search for Bobkiewicz’s replacement the Council had voted to amend the city code to require seven votes among the nine aldermen and the mayor to fire a city manager.

At the time Suffredin said, “I think it’s crazy that the highest paid employee has to only keep three people satisfied with his work to keep his job.”

But — as with any other ordinance — the Council would be free to change the vote total required at any time of its choosing, so as a practical matter the manager has to keep at least five council members happy with his or her performance.

And newly-elected Ald. Devon Reid (8th) made a referral last month to have the Council cut the votes required for retention to six.

Reid, who had clashed with Storlie during his term as city clerk, and some other new members elected to the Council in April have seemed less enamored of the city manager than the aldermen they replaced.

Although Storlie claimed she hadn’t been aware of reports made a year ago to he city’s human resources staff of sexual abuse of lifeguards at the city’s beaches shortly before they became the subject of news stories last month, the surrounding controversy is unlikely to have helped her standing with the mayor and council members.

Stole is only the second woman to have held the city manager’s job in Evanston, other than in an interim role, in the 68 years since the city adopted the council manager form of government.

Update 3:30 p.m.: Former Ald. Don Wilson (4th) tells Evanston Now: “I was greatly disappointed for Evanston to see the news that Erika Storlie will be leaving the City Manager position.

“She has done an incredible job throughout her tenure with the City, working her way up to become the City Manager. She was thoughtful, hard working and creative at finding solutions. I believe that she is the kind of person who is doing public service work for the right reasons.

“Because she is not a self-promoter, I think that most people in the community are not specifically aware of the great work she has done, but I know with certainty that her work has positively impacted everyone who lives and works in Evanston. I wish her and her family the best in all of their endeavors and appreciate her commitment to our community.”

“The new Council hasn’t been in six months yet, how can they make sure they’re making the right decision about something like that,” Holmes added.

Holmes suggested that the move to oust the manager may be part of a campaign to change Evanston’s form of government from the council-manager system to a strong mayor system — a concept that briefly became an issue in this spring’s election.

“I just think our city is in trouble,” Holmes added, “It breaks my heart right now.”