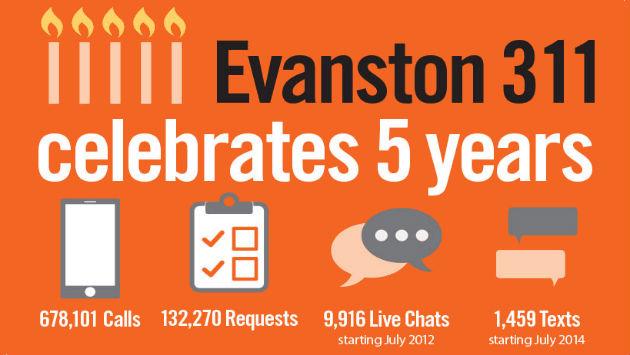 City Manager Wally Bobkiewicz, who pushed to launch the service shortly after he arrived in Evanston, says service requests have more than doubled since the phone line went into operation — from 16,840 in 2011 to 35,246 last year.

Ten people work at the 311 center — including four who've been there from the beginning.