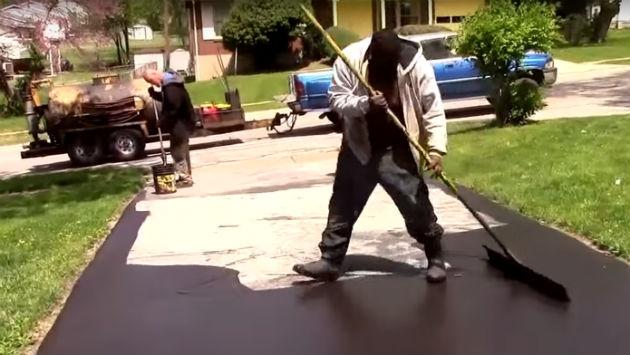 The City of Evanston’s Envrionment Board will ask the Human Services committee tonight to approve drafting an ordinance that would ban the use of coal tar pavement sealants.

In a memo to the committee, the board says the U.S. Geological Survey has found that the sealants contain polycyclic aromatic hydrocarbons, which include known carcinogens, and that the chemical compounds run off into waterways as the sealants age, creating a risk to human health.

The memo says most major retail outlets for driveway sealers — including Lowe’s, The Home Depot, Ace and United Hardware — have stopped selling the coal tar sealants. They now sell asphalt-based sealants instead.

But the board wants the city to ban the products anyway, and cites similar ordinances adopted this year in Wilmette and in 2014 in Winnetka.

A bill to impose a statewide ban on the sealants is now pending in the state legislature. It’s sponsored by Rep. Laura Fine (D-Glenview) and Rep. Robyn Gabel (D-Evanston).

The asphalt-based sealants can be slightly more expensive than the coal tar based products.