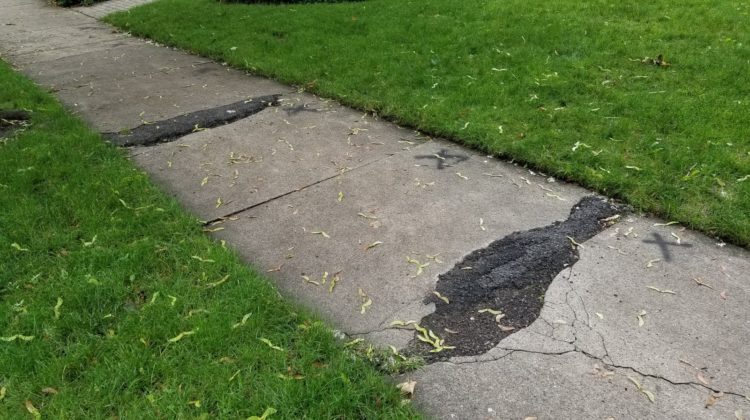 A patched and crumbling sidewalk in Evanston.

If you were thinking of getting the city to pay half the cost of getting the sidewalk in front of your home replaced next year — you may be out of luck.

Instead staff is proposing that the city pay the full cost of sidewalk repairs in certain targeted areas while dramatically increasing the overall sidewalk repair budget.

But if your sidewalk isn’t in one of those targeted areas, you would only be able to get it replaced if you pick up the full cost, even though the walk is on city property. 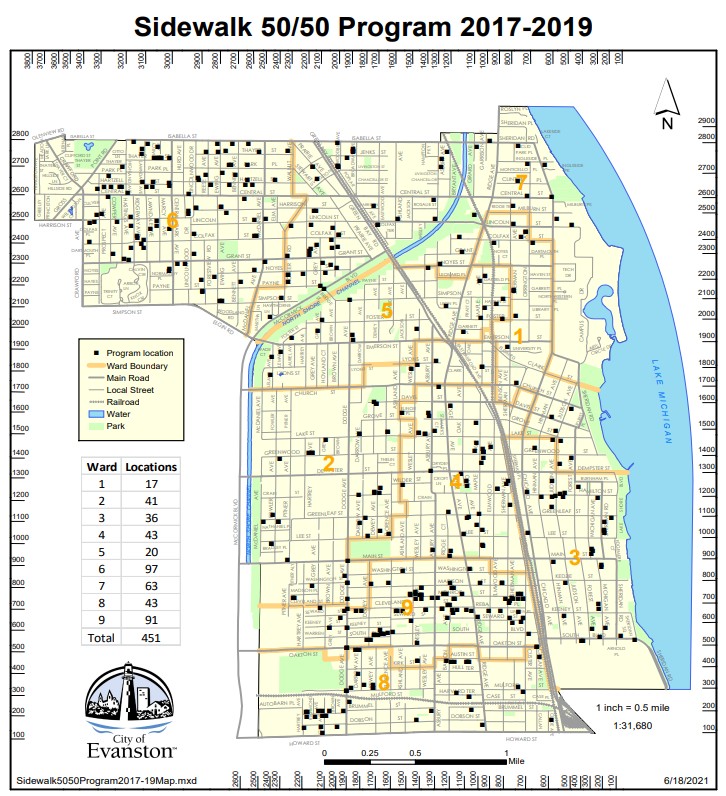 The argument that the existing program is inequitable is based on a map showing that most repairs have taken place in more affluent areas of town and another map showing that a lot of the gaps in the city’s sidewalk network are in lower income neighborhoods. 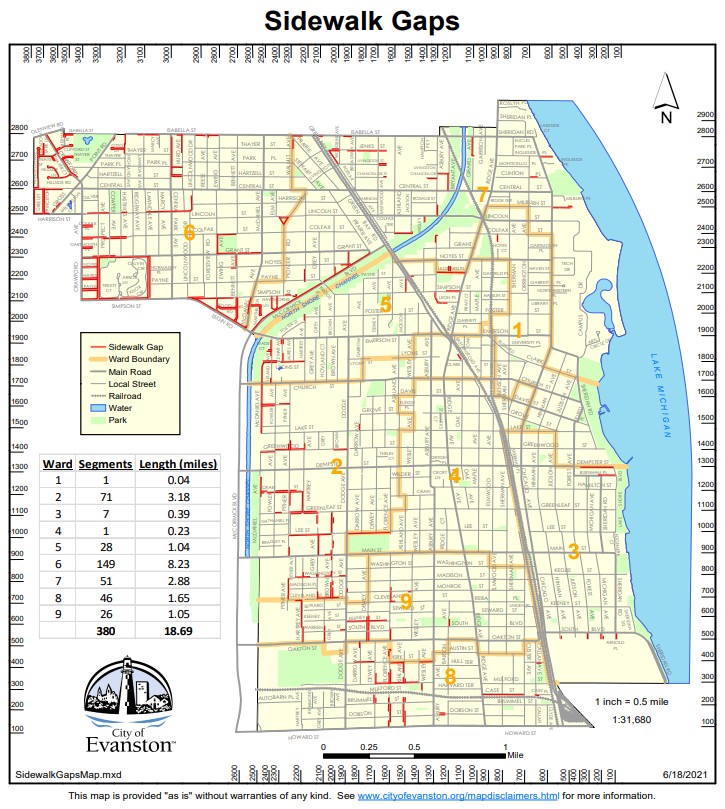 City staff is recommending that the basic funding for sidewalk maintenance and repair be increased from $180,000 to $350,000 starting next year.

The staff is also proposing that several additional sidewalk repair and gap-infill projects be created that would bring the total funding for sidewalk work to $1.45 million next year.

About a third of the additional funds would come from the federal Community Development Block Grant program, the rest from money generated by the West Evanston tax increment financing district.

The sidewalk replacement work would would be target do walks that are identified as safe routes to school or are adjacent to senior living facilities or are located in the West Evanston TIF district.

The gap infill projects would target Foster Street between Jackson and Dewey avenues, near the Fleetwood Jourdain Center and on Greenleaf Street from Grey to Pitner avenues and on Hartrey Avenue from Greenwood to Greenleaf streets.