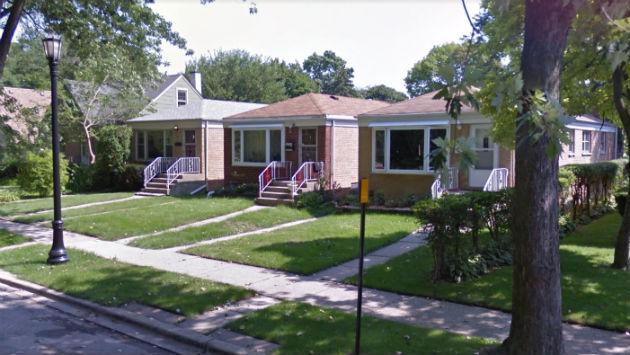 Evanston aldermen tonight will be asked to consider developing a special use process to permit construction of modest “starter” homes on small lots.

Decades ago Evanston permitted construction of homes on lots as narrow as 25 feet wide.

One of many examples of such developments is the row of three homes in the 1000 block of McDaniel Avenue in the photo above.

County records indicate each of the homes has a little over 1,000 square feet of living space.

Current Evanston zoning rules require that lots be at least 35 feet wide in R1 and R2 zones and set a minimum lot size requirement of 7,200 square feet in R1 and 5,000 square feet in R2 — making it impossible to build homes similar to the McDaniel homes on similar-size lots in Evanston today.

A staff memo on the proposal says it would reduce the land cost involved in developing a single family home and therefore tend to make it possible to build homes affordable to first-time homebuyers and less affluent residents.

The memo, from Assistant City Manager Erika Storlie, says it would also permit development of vacant parcels too small to build on under current zoning rules.

The memo also suggests the special use process could be used to limit the size of homes that could be built on such lots to help maintain affordability.

And it suggests considering restrictions on resale through a land trust or deed restrictions to maintain long-term affordability. Whether such restrictions would in practice deter development of the parcels isn’t addressed in the memo.