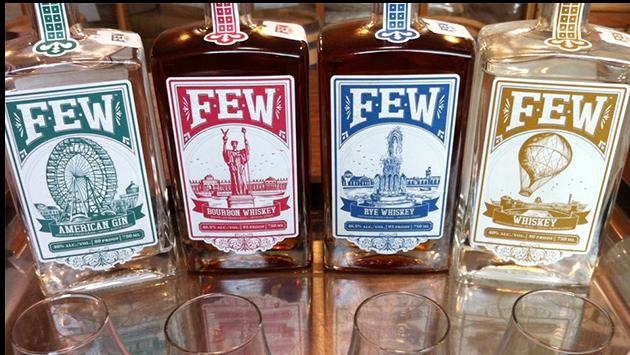 Evanston-based FEW Spirits is on track to get a $250,000 loan from the city to finance its expansion.

The city's Economic Development Committee voted unanimously Wednesday in favor of the loan which owner Paul Hletko plans to use to expand to a new bottling and warehouse space on Main Street on Evanston's west side and buy additional production equipment for the current location on Chicago Avenue.

The 10-year loan would carry a 6 percent interest rate and be secured by the new equipment. The proposed deal also contains a provision calling for immediate repayment of the loan if FEW Spirits moves out of Evanston.

Documents included with the loan request show that Hletko's sales are on track to increase nearly 73 percent this year over last, and the start-up business has almost reached the break-even point.

But Hletko told city officials he's had difficulty gaining conventional bank loans to finance the growth of the fast-growing but still young business.

Hletko says FEW's distillery is becoming a tourist destination among fanciers of distilled spirits, especially given Evanston's history as a hotbed of the prohibition movement.

Alderman Ann Rainey, 8th Ward, asked how long the new space at 2310 Main St. would be adequate for the business. Hletko said he's not sure — but that he has contingency plans to acquire more space in Evanston as needed and that he feels "kind of strongly" about remaining in the city.

The loan request now goes to the full City Council for final approval.