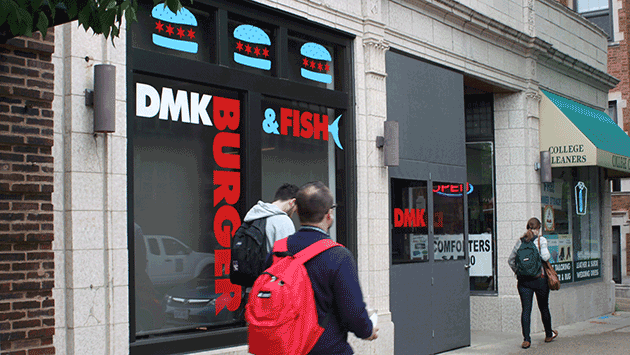 Just days after learning the city will lose more than 70 percent of its over $200,000 investment in one restaurant, Evanston officials Wednesday night will consider making a loan to another restaurateur — one who says he's about to file for bankruptcy.

The new pitch is from Dave Glatt, late of Dave's Italian Kitchen on Chicago Avenue.

His planned new spot, at 815 Noyes St., has been the site of four different food venues over the last decade — Kim's Kitchen, Fraiche Bakery Cafe, DMK Burger & Fish and Arlen's Chicken and Biscuits — none of which had a very long lifespan.

At least Glatt's ask of the city is considerably more modest — $30,000 to help equip the 40-seat Noyes Street spot with pizza ovens and other restaurant gear — compared to the funds the owners of Chicago's Home of Chicken & Waffles got for their now shuttered 150-seat venue on Dempster Street.

Glatt says his prospective landlord is pitching in with $36,600 in rent concessions, architectural services and improvements to the building.

And he says his friends and family will be putting up another $37,600 toward the project.

Glatt blames everything from the Internet stock market bubble bursting in 2000 and the 9/11 terror attacks to the housing market collapse of 2008 for the failure of his much larger space on Chicago Avenue along with the cost of providing health insurance for his employees.

But he says he hopes at the new place to be able to re-employ much of the staff who he disappointed by closing his old place.

Glatt says the new restaurant, which he plans to call Dave's IK — the shorter name a play on the smaller space — should benefit from its location near the Noyes Purple Line station, the Northwestern campus and the Noyes Cultural Arts Center.

The plan has the backing of Alderman Judy Fiske, whose 1st Ward includes both the now closed and proposed new Dave's sites.