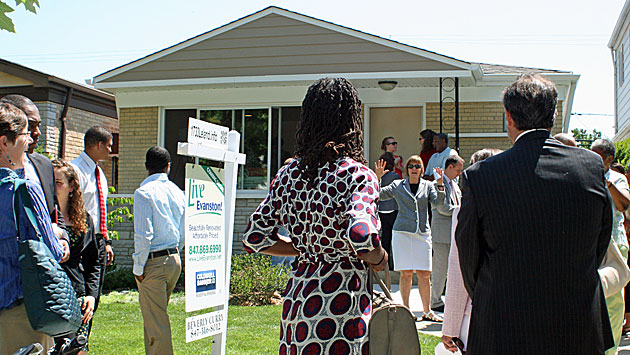 A staff memo says the change would reduce flooding from sewer backups during storms. But it provides no estimate of the number of such connections in the city or what it would cost for residents to rework their sump pump installations, which until now have been legal.

Sump pump connections to the sewers are believed to be common where houses are on narrow lots, as in much of Evanston, which provide little space for water to flow away from a house without spilling onto a neighboring lot.

They also tend to be necessary where, as in Evanston, most homes are built on former swampland.

Just last June the city showed off a home at 1733 Leland Ave., newly rehabilitated under the city's federal neighobrhood stabilization grant program, that includes a newly installed sump pump plumbed to flow into the sewer system.

City taxpayers have been billed for over $175 million for construction of a relief sewer system in Evanston over the past two decades, which city officials say has reduced basement flooding in most areas to occur less than once every 100 years.

The ordinance to be considered tonight would let the city manager provide waivers of the sump pump connection rules, but it provides no standards for granting such waivers and provides no indication of whether existing installations might be permitted to continue.

Top: The mayor welcomes visitors in June to the newly rehabbed home on Leland that has its sump pump connected to the sewer system.