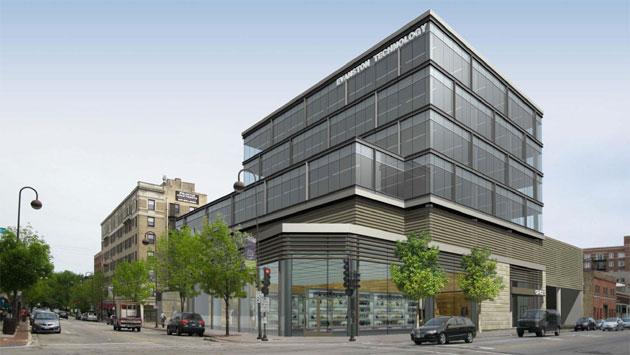 Evanston's City Council tonight is scheduled to take a final vote on a creating a tax increment financing district for the Chicago-Main shopping district that could pump $10 million in public funds into a planned private office development.

The office building, planned for a vacant lot on the southeast corner of Chicago Avenue and Main Street, is projected to have a total cost of between $20 million and $30 million, depending on its size.

City officials estimate it would provide space to house 300 to 400 workers who would become new customers for retail businesses in the surrounding area.

They note that the intersection is one of the few in the metro area served by two different rail lines, which, they argue, makes it an attractive location for high tech businesses that want to draw young workers who now may live on Chicago's north side.

A redevelopment implementation plan to be voted on by aldermen tonight suggests that nearly half the money — $4.5 million could be spent for a public parking garage to be included in the building and streetscape improvements around it.

Another $2.5 million could be used for site preparation and related work with $2 million used to subsidize interest costs for the project and $1 million for professional services.

The city subsidies to the office project, and another $15 million in proposed work in the neighborhood — mostly for improvements to public utilities — are anticipated to be funded by increases in property tax revenue within the TIF boundaries during the district's 23-year life.

Top: A rendering of the proposed office building at Chicago and Main.