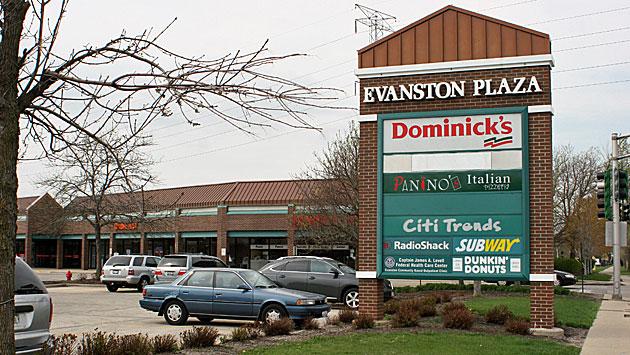 Evanston aldermen this week took steps to set up a tax increment financing district that could spend as much as $20 million to upgrade the Evanston Plaza shopping center.

Funds for the improvements, which could be spread over the 23-year life of the taxing district, would come from higher property tax payments expected to be generated by the upgraded shopping center.

The vote in favor of the new TIF was unanimous.

Documents provided to the aldermen say the money could be used for activites including addressing enviornmental issues on the site, making utility improvements, rehabbing existing buildings on the property and providing public facilities in the area including parking and streetscaping.

The plaza, on the southwest corner of Dempster Street and Dodge Avenue, has suffered from high vacancy rates for years.

It was purchased by a new owner last December from the bank that had foreclosed on the property.

City officials say the new owner, Bonnie Management, is working to recruit new tenants for the property but needs financial help from the city to upgrade it to make it more attractive to the quality businesses that city officials and neighborhood residents hope to bring to the area. 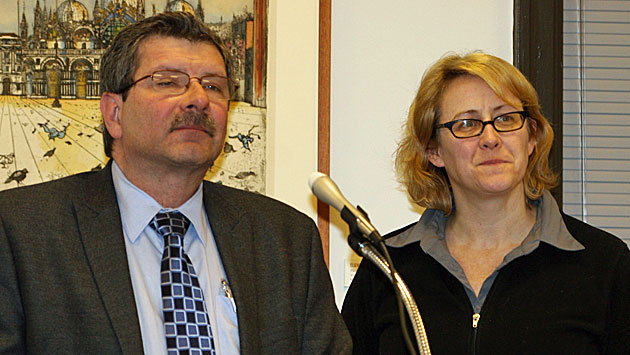 Between 2005 and 2010, the assessed value of the shopping center declined by 20 percent while the value of property in the rest of the city increased by 36 percent. 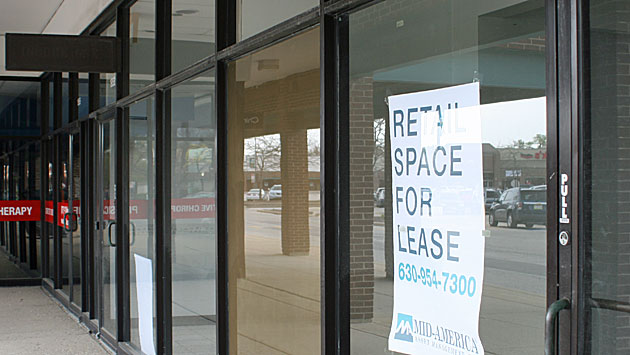 Vacant storefronts in the center.

The proposal next goes to the Joint Review Board, composed of the city and other taxing bodies affected by the TIF designation, which is scheduled to meet April 12.

A tax increment financing district diverts potential increased tax revenue that would otherwise go to the other taxing bodies in hopes that the funds can be used to stimulate even more tax revenue growth in the future.

The Joint Review Board meeting will be followed by a public hearing and a vote by the City Council to actually create the taxing district, which is scheduled for May 28.

Owner: Housing not in the cards at Evanston Plaza