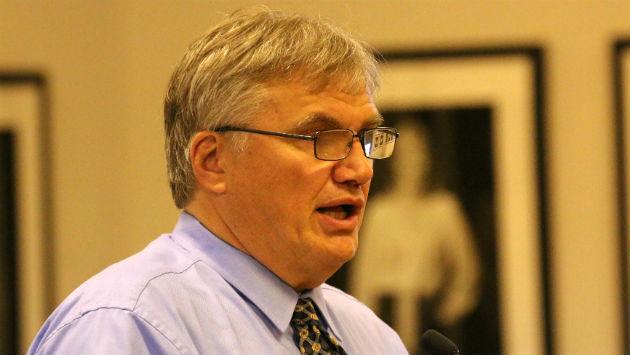 Richard Monocchio, executive director of the Housing Authority of Cook County, told aldermen Monday night that Evanston could receive additional subsidized housing assistance from his agency, possibly as soon as next year.

Monocchio said the authority is looking for “communities of opportunity” — mostly in the north and northwest suburbs — that could be sites for new project-based housing voucher assistance programs.

Criteria include the quality of schoools, availablity of jobs, transportation access, the percentage of minority residents and relatively low poverty levels, Monocchio said.

He said evaluation is census-tract based and that some, but not all, census tracts in Evanston would fit the program guidelines.

However he cautioned that the authority has spent all the money it has available for this year and that it’s unclear how much funding it will receive from the federal government for the program next year.

Monocchio said the agency has “an aggressive self-sufficiency program underway” to teach tenants job skills they need to become self-employed, “so hopefully they can leave the program and make a voucher available to someone else.”

But he conceded that it’s often difficult, once tenatns are in a nice, subsidized place, to find a similar quality unit that they can afford in the private housing market.