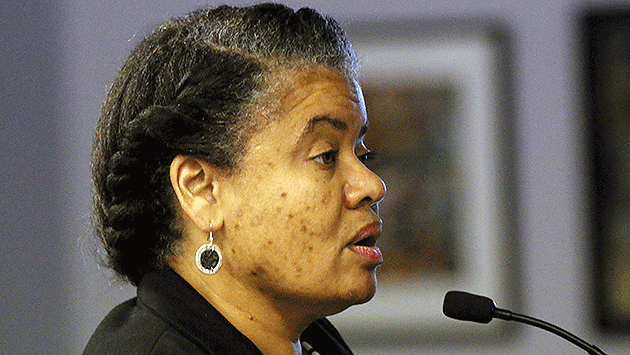 Evanston officials say they hope to close a nearly $1 million gap between revenue and expenses in the city's solid waste fund at least in part by dramatically increasing how much trash residents and businesses recycle.

At Monday night's City Council meeting, Public Works Director Suzette Robinson said the city has trimmed the deficit in the fund from $1.1 million in 2012 to a projected $876,000 this year through a combination of increased fees and increases in recycling.

Residents of single-family homes and condos are now diverting about a third of their trash from the waste stream into recycling. But commercial and multi-family rental customers are diverting just under 10 percent.

Robinson says she hopes to raise the recycling rate to 45 percent for residential and 30 percent for commercial by 2020.

The city doesn't have to pay to dump recycled material into landfills and gets a modest amount of revenue from the recyclers — averaging about $200,000 in recent years.

She also said she'd like to consider following Skokie's lead and eliminate the collection of grass clippings as yard waste, and encourage homeowners to mulch their clippings into their lawns instead. The current yard waste program, she said, is costing the city about $672,000 a year.

Current contracts with the commercial haulers expire next year.