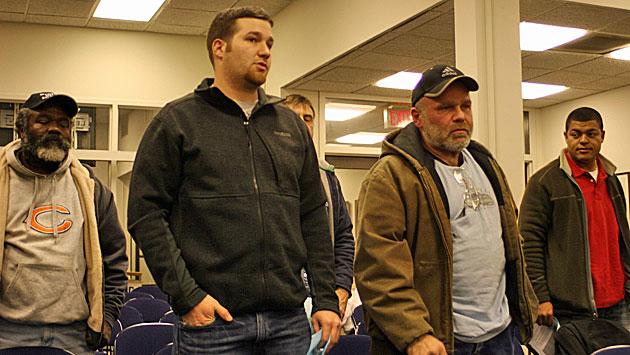 Evanston aldermen will vote later this month on whether to sell a vacant city-owned building at 1817 Church St. to a cooperative composed of small local construction firms.

The plan was introduced at Monday's City Council meeting, but Nancy Radzevich of the city's Community and Economic Development Department said the proposal needs some further refinement before it's put up for a final vote.

Several members of the cooperative stood up to be introduced at Monday's council meeting and one, Todd Smith of New Image Construction, urged aldermen to approve the proposal.

The Evanston North Shore Contractors Cooperative proposes to turn the building into a center for offices for its 13 member firms and an incubator for the building trades.

The space would also include a home design center and workshop and offices for related businesses. And the contractor's group proposes to offer apprenticeship training as part of the project.

The city has owned the building, which once housed an animal hospital, since 1976. A decade ago the city sold the property to a neighborhood group that planned to turn it into an African-Americn history museum. But the city took back the property after the museum project floundered.

Top: Members of the contractors' co-op at Monday's council meeting.