Evanston Public Works Director John Burke has announced the appointment of Paul Schneider as director of transportation and engineering. 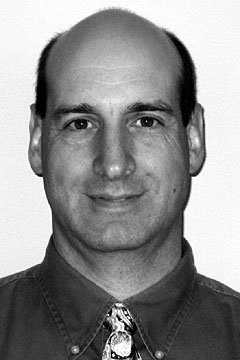 Schneider, who started his new job Monday, comes to Evanston from Schaumburg, where he held the position of team leader at Transystems Corporation.

He will be responsible for overseeing all design of roadway, watermain, spot-sewer repairs, bridge, bikeway, traffic signal, alley, sidewalk, street lighting and parking lot improvements as well as the day-to-day operations of the city’s parking system.

He will also manage the civil engineering review of private developments and oversight of all right-of-way permitting in the City.

Schneider’s duties will include providing technical and professional advice and recommendations to the director of public works, city manager and City Council, creating and maintaining standards for public works improvements, overseeing the management of traffic maintenance activities, and monitoring revenues and expenditures on a regular basis to assist in the overall financial administration of the city.

Schneider spent eight years at Transystems Corporation. Among the many duties he had in his role with his former employer, Schneider served as project manager for the design and construction of annual roadway resurfacing and maintenance programs, ensured that projects complied with local detention requirements and national pollution discharge stipulations, managed public and community involvement, and provided guidance and mentoring to junior engineering staff.

Prior to Transystems Corporation, Schneider was a project manager with an engineering consulting firm in the Chicago area from 1990 through 2000.

Some of his responsibilities with the firm included designing and constructing alleys, sidewalks, sewers, water mains and bicycle lanes and paths, coordinating developer site plans and permit applications for compatibility with adjacent projects, and ensuring that projects complied with local detention requirements and met national pollution discharge stipulations.

Schneider holds a Bachelor of Science degree in Civil Engineering from the University of Missouri – Rolla.