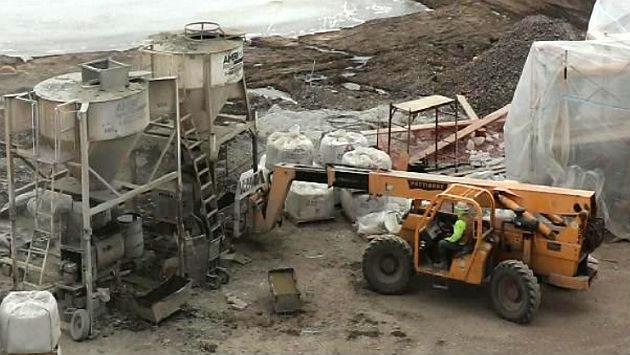 City officials say the Crown Center project is on budget and on schedule for the new building to open late this year and that funding agreements with major donors are being wrapped up.

Aldermen are scheduled to get an update on the project at Monday’s City Council meeting.

Assistant City Manager Erika Storlie says the new building is on track to open in late November, with demolition of the old building and construction of new artificial turf fields to be completed next year.

Storlie says she hopes to have final agreements with some of the major donor-users of the building ready for approval by aldermen next month, with the rest to follow shortly thereafter.

Storlie says the preliminary agreements with almost all of those entities call for them to make additional payments for their use of the facility, beyond their gifts to the capital campaign.

The original version of the agreement with Northwestern described the entire gift as prepayment for ice time. But the individuals who reached that agreement for both the city and school have all left their positions, and Storlie says she anticipates the final form of the agreement will show a large portion as a donation.

She adds that NU’s club hockey team makes very little use of the existing Crown Center.

A rendering of one of the two NHL-size ice rinks planned for the new building.

The uncertainty about the agreements has led to complaints from some residents that the city is trading ice time for the gifts and that they amount to prepayment for the ice time rather than actual donations.

The city is also working out naming rights agreements with two donors that won’t be using the facility — Wintrust Financial and NorthShore University HeatlhSystem.

Storlie says the volunteer fundraising group, Friends of the Robert Crown Center, has already received $5 million in cash contributions toward the project and expects to receive another $1 million in pledged funds next year, with another $6 million in pledges scheduled to be redeemed over the next several years.

Once construction is completed, Storlie says, the additional revenue from pledges will be used to reduce payments on bonds issued to finance the project.

She says the city expects to sign a memorandum of understanding with the Friends group next month, at which time the cash the volunteer group has raised will be transferred to the city.

She says the Friends still hope to raise a total of $15 million for the project. “When you can go in the building, potential donors will be able to actually see opportunities for naming rights,” Storlie said, “So I think we will still be getting donations at this time next year.”

Financial projections prepared last spring, when the volunteer fundraising total stood at just over $6 million, showed a total cost for the project including debt service by the time the last bonds would be paid off in 2044 of just under $72 million, with an additional $2.5 million in transfers from the city’s parking and sewer funds.

The new center will include two ice rinks, a gymnasium, a branch library, a child-care center and a range of multi-purpose rooms.