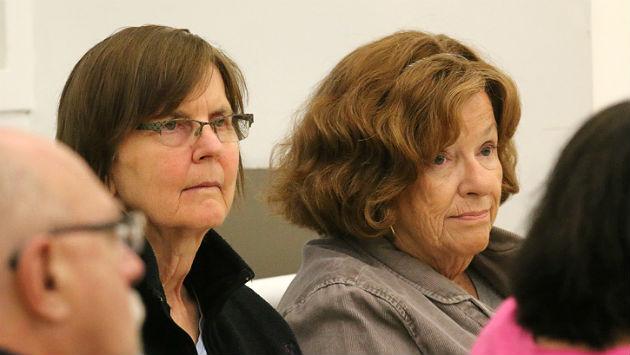 Evanston city officials at a Thursday evening meeting at the Levy Center promised to expand drinking water tests in the city in the wake of reports of dangerous chemicals found in water pipes near James Park.

Testing so far has not found any evidence of the chemicals rising to levels that would require corrective action. But Alderman Ann Rainey, 8th Ward, said, “There’s an anxiety issue here. Whether the scientists and chemists believe it’s not that serious, there’s concern by those of us drinking this water day in and day out.”

City Manager Wally Bobkiewicz responded that the city would expand its testing — which now is limited to about 18 locations, two in each of the city’s nine wards. 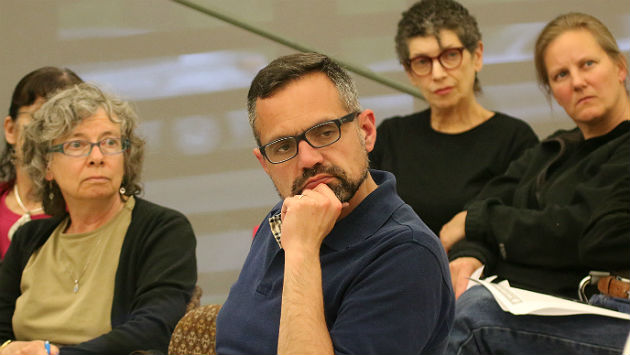 Residents at the Levy Center meeting.

Bobkiewicz said that until now the testing focus has primarily been on lead, and the state environmental protection agency has said that Evanston lead levels are so low that there’s no need for additional testing.

Mayor Elizabeth Tisdahl said the extra testing “doesn’t cost much at all,” and Bobkiewicz said water testing has begome a growth industry, with every community in America facing scrutiny about the quality of its water.

“Testing water is pretty straight forward,” Bobkiewicz said, “and we’ll have meetings as often as necessary to report the results to residents.” 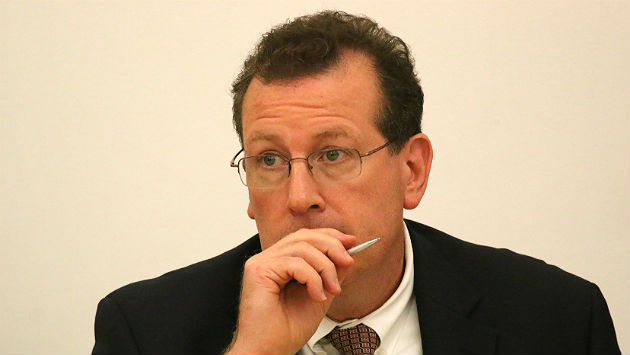 Jeff Jeep, an attorney hired by the city to represent it in a suit against ComEd and Nicor, said the city believes the former Skokie manufactured gas plant, operated by predecessor companies of the utilities at Oakton Street and McCormick Boulevard during the first half of the last century, is the source of the chemicals now getting into the water supply.

He said that coal tar, used in the process of converting coal and oil into manufactured gas, leaked out of the plant and its pipeline infrastructure.

Coal tar now has been found coating water and sewer pipes in the area around James Park. And the city says two coal tar biproducts —  fluoranthene and phenanthrene — turned up in a water sample tested at the Dobson Plaza Nursing Home. 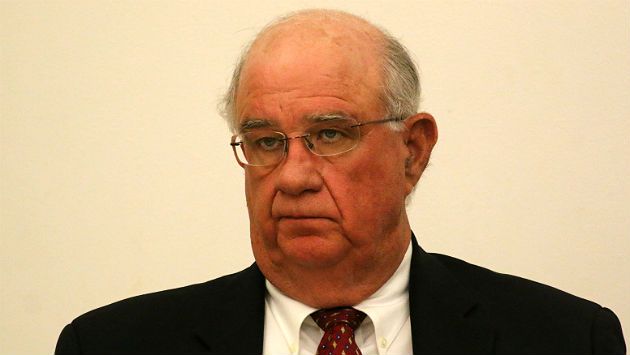 Dave Hendron, an engineering consultant hired by the city, said tests also found high concentrations of methane gas about 50 feet below ground level at a site at the southwest corner of James Park. The city argues in its suit that the gas there was likely also produced as a result of the decomposition of coal tar from the manufactured gas plant.

So far testing at two buildings that border the park — the Levy Center and Dawes Elementary School — have failed to turn up any dangerous levels of the gas there.