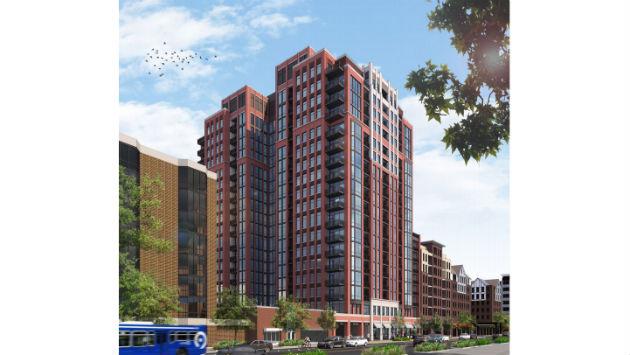 The proposed Merion Legacy building from Horizon Realty Group would have two levels of underground parking for a total of 85 cars and a total of 240 residential units ranging in sizes from studios to three-bedroom units.

The project, in the D4 downtown zoning district, will require five site development allowances for approval as proposed and will ultimately need approval of a two-thirds majority of the City Council.

The proposal calls for:

The plans have also drawn objections from city staff for having the parking entrance off the street rather than the alley.

Horizon Realty several years ago bought and renovated the former North Shore Hotel on the northeast corner of Chicago Avenue and Davis Street and more recently completed an addition to the north of that building. The new high-rise would continue that expansion to the north and replace a row of single-story storefronts.