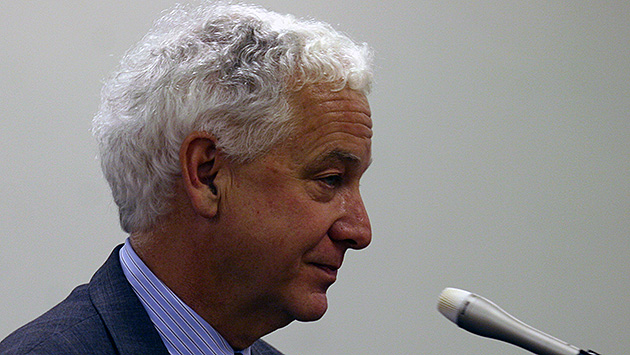 Long-time Evanston city planner Dennis Marino attended his final City Council meeting Monday before his retirement and was praised as someone who'd played a key role in improving the city.

City Manager Wally Bobkiewicz said that there's hardly a corner in Evanston where you can't see something that Dennis Marino touched.

He noted that Marino, who started working for the city in 1990, was part of the team that transformed the downtown.

"He has worked in every corner of this community on housing projects, on retail projects and on commercial projects," Bobkiewicz said, "Dennis leaves a legacy of Evanston's future that's nothing short of remarkable."

Marino said it had been "a very rewarding experience" to participate with so many people in helping achieve the city's goals.

He added that he plans to continue to live in Evanston and help the city "in any way I can."

Mayor Elizabeth Tisdahl said, "I cannot imagine doing this job without you. You have been brilliant most of the time, thoughtful always, and wise, and I will miss your counsel."