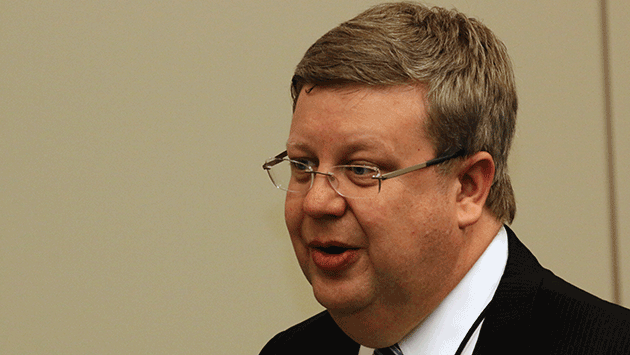 In a memo to aldermen, Bobkiewicz and Assistant City Manager Marty Lyons blame the revenue shortfall on declines in four revenue sources.

Proposed steps to close the gap

The city had initially budgeted for a 1.5 percent increase in employee pay rates this year, and raised that projection to a 2.75 percent increase as union contract negotiations continued. But overall general fund spending has been running slightly under budget, so that even with the higher pay hike the total general fund spending is now forecast to be nearly $949,000 under budget.

Now Bobkiewicz is suggesting that the Council budget for a 2.75 percent wage increase — but one that would be retroactive only to July 1, rather than Jan. 1. That change is estimated to save $752,000.

The memo proposes several changes in interfund transfers to slice $1.95 million from the gap.

And it suggests a 1.5 percent reduction in non-personnel costs, a $150,000 reduction of the city manager’s contigency fund and closing the 311 center on Saturdays to save an additional $420,000.

It calls for $205,000 in new revenue with three changes to parking regulations.

And it calls for the hiring freeze and new restrictions on overtime, travel and equipment purchases.

The staff memo also proposes that the city consider establishing a two-year budget cycle as part of its planning this fall for its 2018 budget and that it conduct a review of the organizational structure of several city deparments — including the city manager’s office, administrative service and the law and police departments.