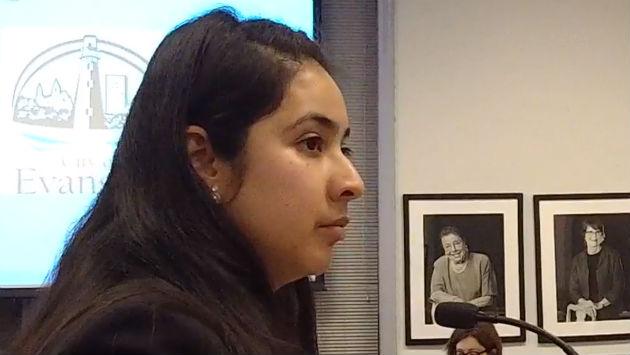 The number of Evanston residents with limited English languages skills has increased by 50 percent in eight years according to census survey data, and city officials plan to spend the next year developing a strategy to improve their access to city services.

The Census Bureau’s American Community Survey says Evanston residents who report they speak English “less than very well” have increased from 4,183 in 2009 to 5,590 in 2017, the most recent year for which data is available.

Paula Martinez, assistant to the city manager, who’s leading the effort to develop a city language access plan, told the Human Services Committee Monday that she plans to meet with a group of city staff who routinely field inquiries from residents to:

Martinez said she believes it will take 12 months to develop and implement the plan and said she’ll provide quarterly updates to the HSC and the city’s Equity and Empowerment Commission.

In the meantime, Martinez said, the city will continue to rely on its existing language access guidelines.

Aldermen Cicely Fleming, 9th Ward, said she was concerned about how long it would take to develop the new policy, but Martinez said other communities she’s looked at have typically taken between nine and 18 months to develop their policies.

Deputy City Manager Kimberly Richardson said the city has staff now who can help interpret for residents — but they’re not always available. “It’s very much on an ad hoc basis now,” Richardson says, “and we want to change it to a more consistent process.”

The census data indicates about 45 percent of Evanston residents who have limited English skills are Spanish speakers. Martinez said the next largest group are Chinese speakers.

The number of people with limited English-language skills varies widely in nearby communities. For example, Wilmette has about 5 percent LEP residents, while 23 percent of Skokie residents fall into that category.