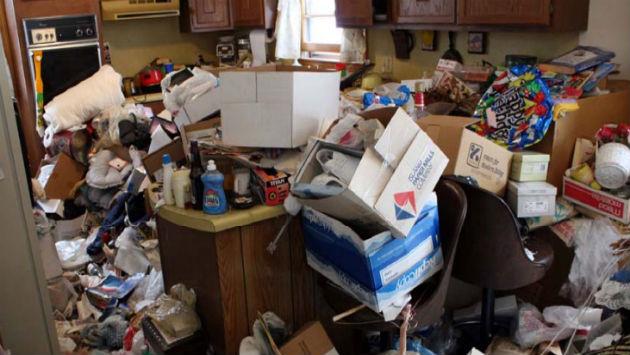 Officials with Evanston's Health and Human Services Department say they're working to develop a coordinated response to hoarding problems in Evanston homes and apartments.

Given that hoarding behavior is said by many researchers to affect roughly two to four percent of the population nationwide, the city would appear to be just scratching the surface of the problem — or perhaps only reaching some of the most extreme cases.

Ogbo and Perkins say that when the city receives a complaint about hoarding behavior, Human Services Specialist Roland Fouche responds along with one of the city's property maintenance inspectors.

In extreme cases the property can be declared uninhabitable or dangerous — for example if clutter is preventing entrance or exit or if piles of clutter are in danger of toppling over and causing injuries.

Ogbo and Perkins say the department has run into a variety of difficulties in trying to resolve hoarding issues — including an inability to legally gain access to owner-occupied units, refusal of hoarders to accept assistance and unaddressed underlying mental health issues.

The report says the department is collaborating with a variety of agencies in the area — including the Council for Jewish Elderly, Metropolitan Family Services, Housing Options and Presence Behavioral Health — to come up with a coordinated response to the issue.