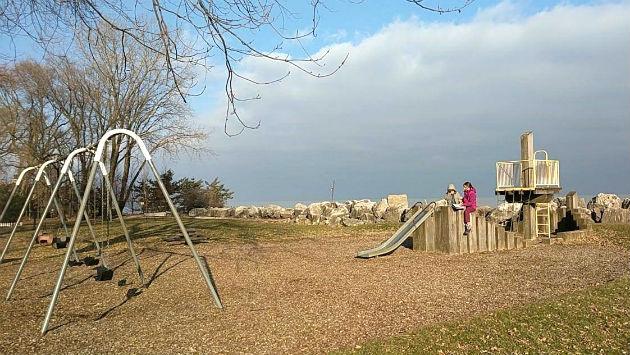 Some seven years after the last study concluded that nearly a third of Evanston city facilities didn’t meet Americans with Disabilities Act accessibility rules, city staff will tell aldermen tonight that they’re planning to update that report this year.

The 2012 report concluded that 33 of the 107 city facilities failed to meet the standards.

Many of the problems are at city parks. For example, Garden Park, on the lakefront north of Sheridan Square, was cited for not having an accessible route to the play area, non-compliant play area surfaces and non-compliant playground access.

As it happens, Garden Park is scheduled for renovation this year and a meeting to discuss the project plans is scheduled for 7 p.m. Tuesday in Lincoln School multipurpose room at 910 Forest Ave.

Some neighbors have suggested they want only a low-impact renovation that doesn’t change the character of the park.

In a memo to aldemen, Public Works Director Dave Stoneback says the 2012 plan was supposed to have been reviewed every three years, but that hasn’t been done until now.

And the memo says the list now is out of date.

Some problems on the list — such as accessiblity issues at the Robert Crown Community Center — are being addressed — with the $53 million construction underway of a new Crown Center.

But others — including problems at the Harley Clarke mansion — remain unaddressed.