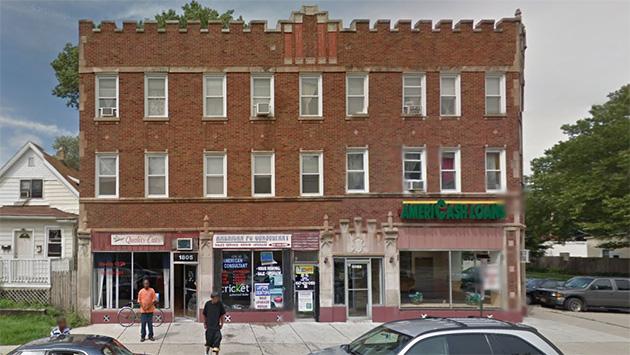 A payday loan store and two other storefronts would get facade improvements under a grant recommended for approval by Evanston's Economic Development Committee Wednesday night.

Aldermen last year adopted an ordinance sharply restricting the establishment of payday loan stores in Evanston, but that posed no obstacle to building owner Jeff Cunningham's request for a $15,185 grant from the city to cover half of the cost of replacing storefront windows and doors and adding new awnings to the facade.

The project would also replace plywood panels on the storefronts with Hardie Board fiber cement siding.

AmeriCash loans has about 3.5 years left on its lease. The two other tenants — a computer repair store and a barber shop — are on month-to-month leases.

Alderman Ann Rainey, 8th Ward, complained about the large number of signs in the window of the computer shop.

"This is not atypical," she said. "We see this sort of mess on Howard Street and Simpson and sometimes on Dempster."

"You never see that on Central or much on Main Street. We have to do something," she added. "People keep these horrible signs in their windows blocking what's going on inside in some feeble attempt at advertising."

Alderman Delores Holmes, 5th Ward, said only 25 percent of window areas are permitted to be covered with signage under the city's sign ordinance, but that the city seems to have difficulty enforcing the rules.

Johanna Nyden, manager of the city's Economic Development Division, said a lot of the efforts to improve signage comes as part of work with neighborhood merchant district associations, having regular meetings to talk to each other.

At this point, Nyden said, city staff is still working to help merchants in the West Village district that includes the 1801 Dempster property get organized.

And Cunningham added that nobody had asked him to attend a West Village meeting.