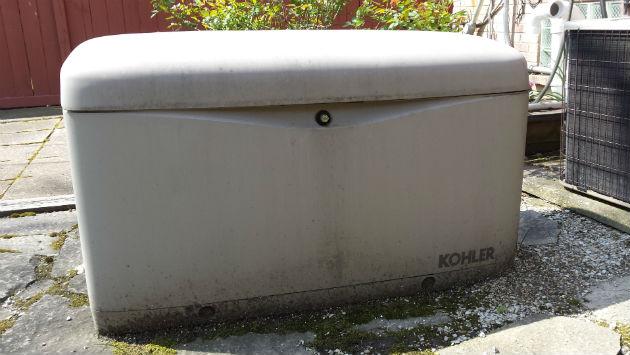 Evanston’s Plan Commission tonight will review a proposal that would limit where homeowners could install backup generators.

Until now the city’s zoning ordinance hasn’t specifically addressed the location of generators, and in practice staff has used the regulations that apply to air conditioning units to determine where they could be placed.

Scott Mangum, the interim director of community development, says that during a preliminary discussion of the issue in March, Plan Commissioners suggested that the generators might need extra regulation — because they can be noisier that air conditioning units.

In addition, generators typically need to be started up for testing once a week all year round, while air conditioning units are only in use during the summer.

The proposal developed by staff, after a review of regulations in several other communities, would limit generator testing to between 10 a.m. to 1 p.m. on weekdays.

It would also prohibit placing generators in front yards and specify minimum setbacks from side yard and rear yard lot lines.

The proposal calls for a fairly complex setback formula, but the greatest side yard setback required would be eight feet.

The Plan Commission is also scheduled to review tonight proposals that would expand the use of third-party mailing services to deliver notices to neighbors of proposed zoning cases and that would let city staff, rather than property owners, determine which street-facing side of a corner lot should be treated as the front yard.

Mangum says the front yard issue most frequently comes up when homeowners on corner lots request fences, which are more tightly regulated in front yards.

The Plan Commission meets at 7 p.m. in the City Council Chambers at the Civic Center.