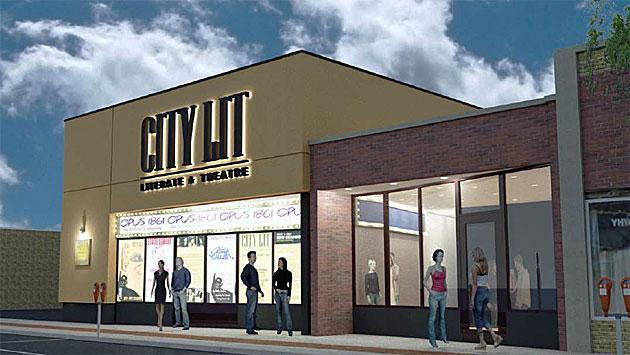 Evanston's Economic Development Committee will be asked Wednesday to recommend City Council approval of a new plan to try to bring live theater to Howard Street.

City staff will seek approval to develop a request for qualifications to seek a new theater operator on the 700 block of Howard where the city now owns three storefront buildings.

Efforts to bring a theater to Howard Street date back at least four years, to when the city acquired the first of the three buildings. And talks with two theater groups — Polarity Ensemble Theatre and City Lit Theatre — were held — but fell apart over financing.

In a memo, City Manager Wally Bobkiewicz says staff held a focus group meeting with representatives of several theater groups last month and hopes to work with the Leauge of Chicago Theatres to identify potential prospects for the property.

Bobkiewicz says participants in the focus group agreed that creating a theater space that could seat 100 to 150 people on Howard was feasible and that it would would be attractive to many theater companies in Chicago.