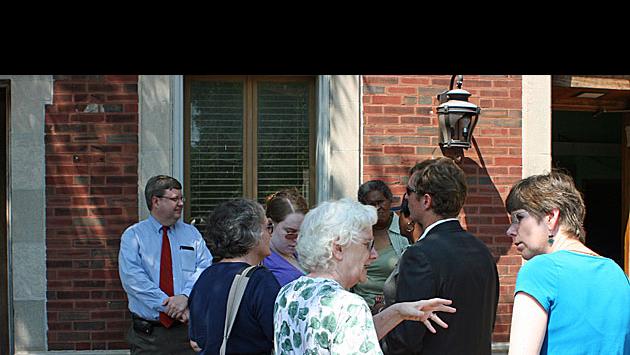 Evanston city officials gathered this afternoon to walk through a storefront building at 1817 Church St. that once was planned to be an African-American history museum, but ended up back in city hands after the non-profit group chosen to turn the building into a museum failed to complete the work.

Walk through the building yourself in our photo gallery.

The building has roughly 5,000 square feet of space on three floors, but no elevator, making use of the upper floors for public functions difficult under federal disability rules.

After spending $170,000 to support the museum project, only to end up reclaiming the building in a state of disrepair, city officials have been somewhat stumped about how to find a viable use for the one-time veterinary hospital that has been designated a city landmark.

The city recently purchased two vacant two-flat buildings around the corner from the storefront, in the 1700 block of Darrow Ave., and Alderman Delores Holmes, 5th Ward, says she's hoping for a comprehensive redevelopment of the block.