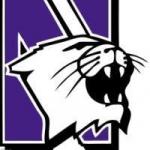 Thousands of visitors are expected to descend upon Evanston this weekend, as Northwestern University anticipates a rare sellout for a football game at Ryan Field.

The No. 4 Ohio State Buckeyes will be in town to take on the No. 16 Northwestern Wildcats in arguably the top football game in the nation on Saturday. Kickoff is scheduled for 7 p.m.

ESPN’s nationally televised College Gameday show will originate from the Northwestern lakefront Saturday morning, for the first time since 1995, and thousands of Buckeye fans from throughout the midwest are expected to pore into the city, filling area restaurants, hotels, and parking lots.

Local merchants are hoping the fans will keep cash registers humming in local shops as well.

To add to the excitement, both Northwestern and Evanston Township High School will be holding their annual homecoming celebrations, bringing in additional alumni to both schools.

NU alumnus Mike Greenberg, co-host of “Mike & Mike,” ESPN Radio’s daily sports talk show, will be grand marshal of the Homecoming Parade, which begins at 6 p.m. Friday at the intersection of Sheridan Road and Lincoln Street and proceeds south on Sheridan Road to Chicago Avenue.

Evanston and Northwestern police will have extra officers on hand throughout Saturday's events, and the City's 311 Center will stay open late, accepting calls up to one hour past the end of Saturday night's game. Residents and businesses are encouraged to call 311 with any concerns.

The university will provide shuttles from downtown and campus stops to Ryan Field, but the city warns everyone that its parking lots will probably fill up early and residents are encouraged to walk, bike, or use public transit to alleviate congestion.