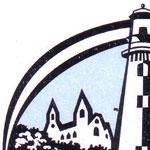 The average City of Evanston employee will earn total compensation of $92,500 next year.

That’s one of the facts that can be gleaned a new pay database just posted on the city’s website.

The $92,500 figure is the median, or midpoint salary and benefits figure expected to be earned by the city’s 837 employees.

The difference is made up by health insurance, pension and other payments made by the city on the employee’s behalf.

The figures do not include overtime pay that some workers may earn during the coming year.

The figures do include data for dozens of part-time employees, some of whom make only a few thousand dollars a year.

At the high end of the scale 28 employees have total compensation of over $150,000 a year — led by City Manager Wally Bobkiewicz, whose compensation package totals $264,669.

The report also shows that seven of the nine city aldermen supplement their $12,000 part-time pay with health insurance benefits that cost taxpayers more than $14,000 a year on average.

A new state law requires local governments to disclose the pay data for employees earning more than $75,000. But Evanston officials decided to go further and post the salary information for all its employees.

The city has posted less comprehensive employee salary information online for the past several years.