But they moved to reclaim the building from a community group that six years ago promised to have the museum open within nine months after acquiring it. 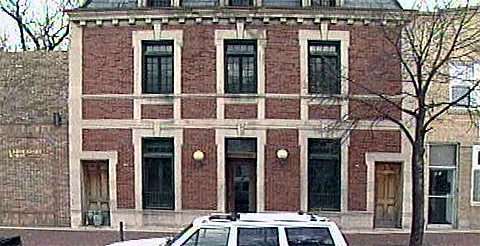 1817 Church St., in a photo taken about the time the city handed the building over to the non-profit group.

Alderman Ann Rainey, 8th Ward, said that even though the group got the building for free from the city and spent over $170,000 of city funds to rehab it, the building remains in horrible condition.

City attorney Herb Hill said that because as part of the agreement six years ago the Evanston Westside Citizens District Council signed a quit-claim deed and contract documents authorizing the city to record the deed if the museum didn’t open on time, the city should once again have legal possession of the property before the end of this week.

Supporters of the community group, including Judith Treadway of 226 Callan Ave., said the city expected the group to do far more rehab work that could be accomplished for the available funds.

She said other groups and other projects had been given more opportunities over the years to receive additional funding and claimed the group had been given inadequate notice of the city’s desire to reclaim the building.

At the request of Alderman Lionel Jean-Baptiste, 2nd Ward, the council amended its seizure resolution to reaffirm the council’s commitment to the objective of establishing an African-American history museum at the site and to collaborate with a range of community organizations and private entities to get the job done.

Museum project on the ropes – Oct. 9