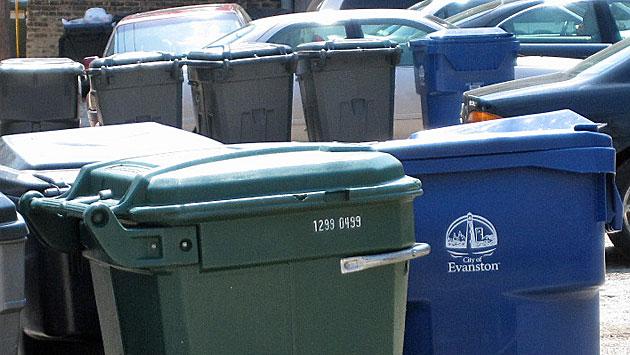 The first two would serve only residential buildings and would have residents place food scraps in their existing yard waste containers.

The third option would use separate food-scrap-only containers, be a voluntary subscription service and would include commercial and institutional customers as well as residential ones.

The current yard waste pickup program only uses 95-gallon containers. In adding the food scrap service, Stoneback says, the city would add 35- and 65-gallon containers under either of the first two options and would provide containers as small as 5 gallons under the third option in which food scraps would be picked up separately from yard waste.

Under the city’s existing waste removal program, residents place food scraps in with regular trash that’s hauled to landfills rather than being recycled.

In a survey conducted by the city last year, two-thirds of the 848 respondents said they believed the city should provide food scrap recycling options.

The city’s yard waste program now operates at a deficit of more than a half-million dollars a year, and service is only offered from April through mid-December. The food scrap program would require adding winter-time pickups to that schedule.

Stoneback says food scraps are estimated to make up a third of the weight of an average household’s waste.