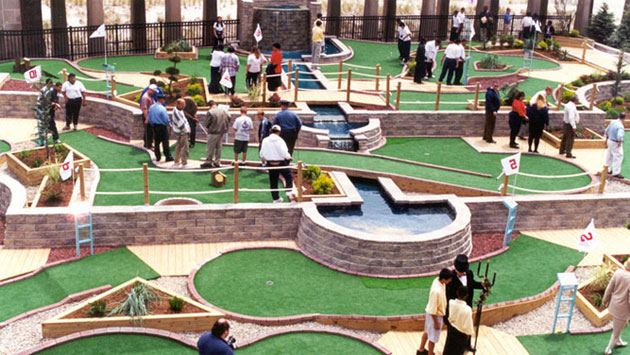 Evanston officials are seeking proposals to build a miniature golf course  near the Chandler-Newberger Recreation Center on Central Street.

Evanston officials are seeking proposals to build a miniature golf course near the Chandler-Newberger Recreation Center on Central Street.

Nine firms have already requested copies of the request for proposals from the online procurement site DemandStar.

The city has scheduled a pre-proposal conference for prospective bidders on the project for Feb. 29 and proposals are due by May 15.

City Manager Wally Bobkiewicz says the mini-golf course, if it ultimately is approved, would be built in part on land the city owns, and in part on land leased by the city from the Metropolitan Water Reclamation District.

It would adjoin the full-size, 18-hole golf course operated by the Evanston-Wilmette Golf Association on MWRD land subleased from Evanston and the Village of Wilmette.

The golf association has been under financial pressure because declining golf revenue has left it unable to pay its water bills to the two municipalities.

The RFP envisions a public-private partnership under which the developer would design, build, operate and finance the miniature golf course.

The nearest existing miniature golf course to Evanston is located on MWRD land on Oakton Street in Skokie. It's operated by the Skokie Park District.