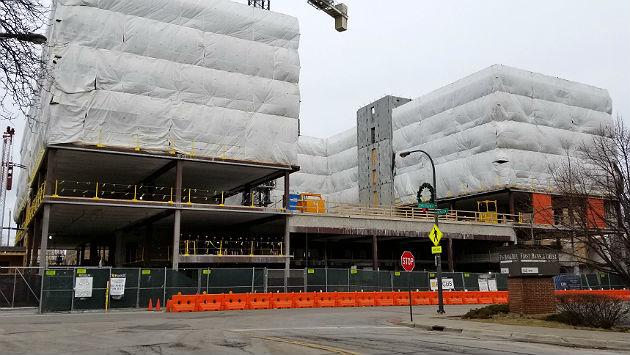 Evanston aldermen tonight are scheduled to discuss a staff proposal intended to clarify the city’s requirements that planned developments provide public benefits in exchange for the grant of zoning allowances.

The existing rules have come in for criticism for appearing to allow developers to list benefits inherent to the development itself — like an increase in the city’s tax base — or otherwise required by the zoning code — like achieving a LEED silver environmental rating — as counting toward the public benefit requirement.

The current public benefits section of the city code runs just 192 words. The proposed new one is over 900 words long.

It strikes out references to improving the tax base, achieving LEED silver and “creating a pleasing environment.”

And it adds a long list of public benefit examples, including:

The new ordinance would also add a lengthy — but ultimately vague — set of standards for evaluating the sufficiency of public benefits and provides that the City Council may ask for additional public benefits beyond those proposed by the developer as a condition for approving the project.