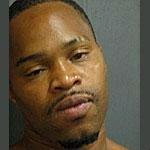 Evanston aldermen tonight will be asked to approve a $150,000 settlement of a federal lawsuit in which a man alleged three police officers beat him near his home in the 800 block Dodge Avenue on Nov. 9, 2012.

Sean Rattray had previously been arrested in July 2012 at the 7-Eleven store at 847 Dodge Ave. near his home and charged with a weapons violation.

When Rattray returned to the store on Nov. 9, the clerk told officers there that he didn't want Rattray in the store and they asked him to leave.

In a memorandum opinion on the case, Federal District Judge Manish S. Shah says Rattray left the store, but the officers, when they left, found him outside the store and "a physical confrontation ensued" between Rattray and the officers.

Rattray claimed in his suit that he was beaten unconscious, but the officers deny that and say Rattray aggressively resisted arrest.

Several of Rattray's claims against the officers were dismissed by Judge Shah on motions for summary judgment, but the remaining issues were scheduled to go to trial next month.

The criminal charges against Rattray in state court in connection with the Nov. 2012 incident were dropped.

In a memo to aldermen, Corporation Counsel Grant Farrar says the settlement is not an admission of liability by the city.