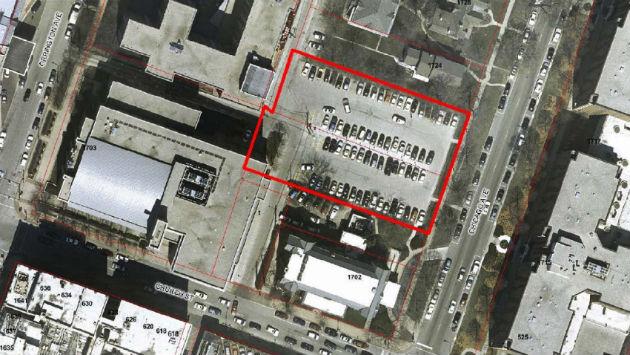 Evanston aldermen Monday will be asked to give the city manager authority to negotiate the sale of the city parking lot at 1714-20 Chicago Ave. for a potential office development.

Assistant City Manager Marty Lyons, in a memo to aldermen, says the property has long been considered a possible redevelopment site — with ideas ranging from mixed use office and residential to performing arts and hotels.

He says that in recent months developer interest in an office project at the site has increased as the cty's office vacancy rate has declined and the demand for Class A office space has increased.

Lyons says offices, or another acceptable use, would support downtown's growing retail and restaurant businesses and would increased the city's tax base, helping limit tax increases for all taxpayers.

If the negotiations lead to proposed terms the city manager deems acceptable, another vote by the council would be required to actually carry out the sale.

It's unclear at this point how much replacement parking for the existing lot a new development might contain.

The library has a small parking garage in its basement, and aldermen are also scheduled Monday to approve a $165,680 contract to make repairs there.

The city's Church Street garage, across Chicago Avenue from the library lot, was developed in combination with the adjacent Evanston Place apartment building. That garage has had a high vacancy rate, but it has been more fully occupied recently.