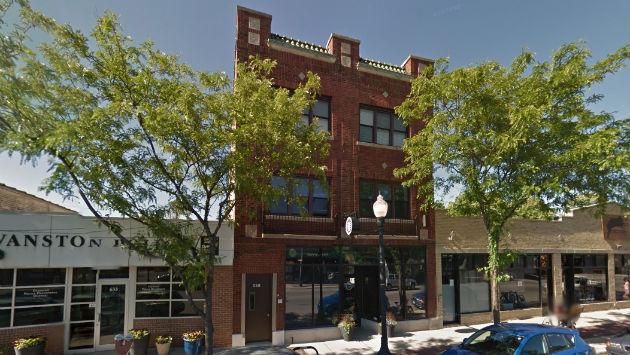 The City of Evanston announced Friday the sale of the three-story mixed-use building at 629 Howard Street to the owners of Ward Eight Cocktail Lounge.

A celebratory “key hand-off” ceremony will be held at Ward Eight on Monday at 3 p.m.

“I am thrilled that the owners of Ward Eight have purchased the property,” said Eighth Ward Ald. Anne Rainey, who will join property owners Anne Carlson and Cody Modeer, along with other notables, at the Monday event. 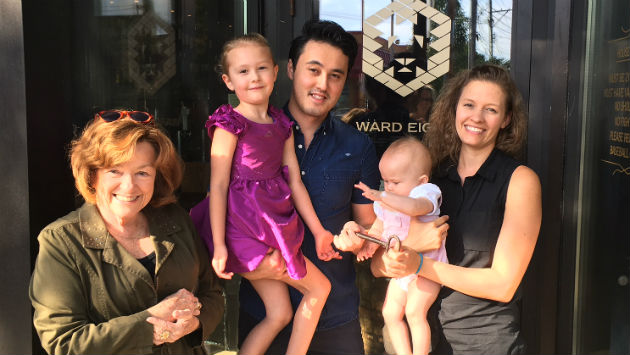 Update 10/17/16: Alderman Rainey with the Ward Eight owners and their children at today's key ceremony.

She said it ensures a long-term investment and commitment to Howard Street “and building Evanston’s destination dining scene to its southern border.”

The city purchased the retail/residential property in February 2011 for $237,650. At that time, the property had been the source of numerous property standard violations and calls for service from the Evanston Police Department.

The city worked to recruit retailers or dining establishments to this location. Carlson and Modeer, bartenders at the former In Fine Spirits in Chicago, submitted a business plan and a response to open a new cocktail and small plates establishment at this location.

In March 2012, the city entered into a lease-to-own agreement with Carlson and. Modeer to rehab the ground floor property into a cocktail bar. Additionally, the City rehabbed two upper-floor residential units using Housing Rehabilitation funds. Both units were rented at affordability levels to income-eligible families, one of which was Carlson and Modeer’s.

Ward Eight Cocktail Lounge opened in December 2012 and quickly was featured on website “Best of” lists and became known as a destination for craft cocktails. In February 2013, Ward Eight was nominated for Time Out Chicago’s 2013 Eat Out Awards as “Best New Bar” and in May 2013, Modeer was listed as one of 30 young culinary rising stars in Chicago by Zagat.

Although the upper-scale establishment is located in Evanston’s 8th Ward, it was named after the classic cocktail, Ward Eight, which claims its origins in Boston in the late 1800s.