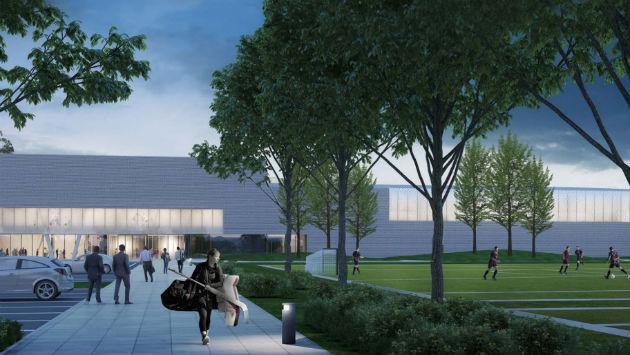 Evanston aldermen Monday are scheduled to approve issuing up to $50 million in general obligation bonds to fund construction of the planned new Robert Crown recreation center.

The bonds would be issued this year and next and the total amount to be issued would be reduced by the amount of money collected in private fundraising for the project.

That amount now stands at more than $11 million, and the non-profit Friends of Robert Crown Center group has set a goal of raising a total of $15 million, with portions of the pledged amount to be delivered over the next several years.

As a result of the new borrowing for the recreation center project, the aldermen are also scheduled to approve an increase in the city’s general obligation debt limit from $113 million to $150 million.

The City Council is also scheduled to approve issuing up to $20 million in general obligation bonds for other capital projects including those for the water fund and library fund as well as up to $10 million to refund bonds already issued and $5 million for redevelopment projects in the city.

Refunding the existing bonds is estimated to save the city $900,000 over the life of the bonds.

The city’s chief financial officer, Hitesh Desai, says that when all of this year’s bonds have been issued and some outstanding bonds have been paid off, the city’s unabated debt — that funded directly by the property tax — will rise this year from $109 million to $137 million.

“The rain was not enough to dampen the enthusiasm” of the more than 130 people who attended the event in a tent, Friends President Daniel Stein said.

So far 550 families, businesses, foundations and organizations have donated to the project, Stein says, as the group pushes toward a stretch goal of $15 million in private fundraising.