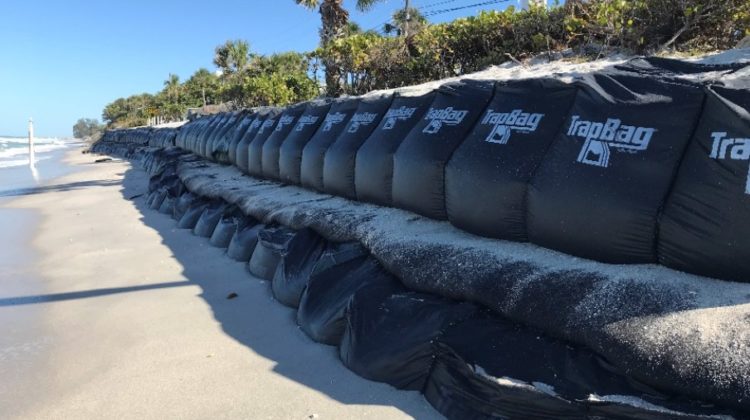 Evanston aldermen tonight will be asked to approve a $746,400 contract to control flooding and erosion problems along the city’s waterfront.

The project involves some limited repairs to the existing revetment or rock wall along the shore plus installation of a shoreline protection barrier system at Greenwood Beach and Elliot Park.

The barrier system — consisting of giant sandbags made of cellular geotextiles — is expected to last three to five years.

City Project Manager Stefanie Levine, in a memo to aldermen, says record-high water levels and severe storms have caused significant damage to the shoreline protection system and are threatening to cause permanent damage to or the loss of several city buildings on the lakefront.

This spring the city contracted with SmithGroup, a coastal engineering firm to design the project. Robe, Inc. of Chicago was the low bidder to carry out the project and is being recommended by staff for the contract.

Levine says that because of time and budget constraints the giant sandbag system is the only option now available.

She says permanent reconstruction work is eventually likely to cost between $2 million and and $5 million at Greenwood beach and $1 million to $3 million at Elliot Park.

Levine says it’s imperative to complete the temporary work before this winter’s storm season to prevent further damage to the lakefront.

If the contract is approved tonight, she said the work is scheduled to start next month and be completed by the end of November.

A Florida-based manufacturer of the bags, TrapBag, has a video on its website showing how the bags are installed.