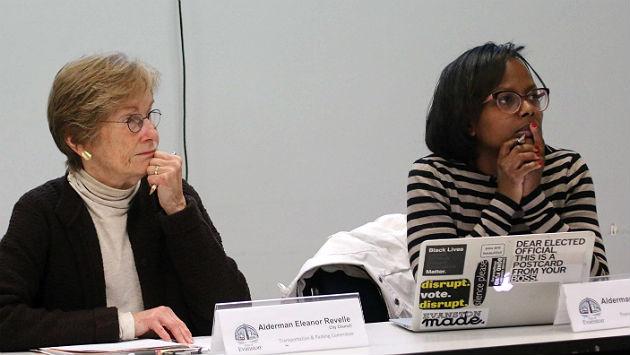 The claims, published in the “Traffic Guy” column in the Evanston RoundTable on Dec. 27 and repeated in columns published Jan. 10 and today, apparently were based on a 2010 CTA study of possible alternatives for the Red and Purple Modernization Program.

After Evanston residents and officials raised objections to the closing idea in the months immediately following the 2010 report, the idea was dropped from CTA plans, Jessica Hyink, the city’s transportation and mobility coordinator, told the Transportation and Parking Committee

In fact no changes to the Purple Line north of Howard Street are part of the current phase of the project, she says.

The main focus of Purple Line planning now, Hyink says, is on how to make improvements to the accessibility of the system. Most Purple Line stations now are not accessible to those with disabiliites. She says the transit agency plans to hire an independent contractor to do a study of potential improvements — and of how to come up with the money to fund them.

RoundTable Editor Mary Gavin says she didn’t get a response from Hyink when she inquired about the issue last week and that the tip that led to the original story had come from a “reliable source.”