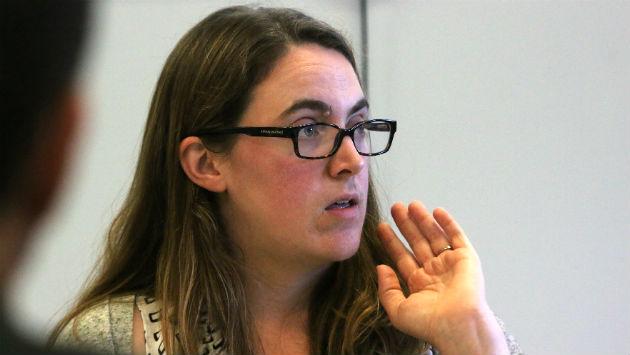 The proposed Merion Legacy development from Horizon Realty Group would be located just north of Horizon’s existing development, known as The Merion, at Chicago Avenue and Davis Street.

Johanna Leonard, the city’s Community Development Director, who chairs the committee said the plans “still need quite a bit of work” before they would be something that staff could approve.

She said the developers need to consider reducing the height of the building.

City Engineer Lara Biggs and other committee members also objected to the developer’s plans to have a curb cut across the Chicago Avenue bike lanes to provide access to the building’s lobby and underground parking garage.

Horizon’s Jeff Michael argued that the city has permitted numerous other curb cuts along bike lanes, but Biggs said those curb cuts existed before the bike lanes were added.

Michael suggested adding no-left-turn signs to prohibit southbound traffic on Chicago Avenue from using the curb cut, but Leonard said many drivers would be unlikely to obey the signs.

“I feel we would not be doing our jobs if we recommended that this curb cut take place,” Leonard added.

City staff members have proposed that cars use the alley behind the site to gain access to the building, but Michael said that isn’t practical because of the obstructions in the alley and its heavy use by delivery vehicles.

The developers have offered to provide funds to repave the alley as a public benefit from the new building. Biggs estimated that because the alley now has asphalt paving over bricks the repaving job would be expensive, costing more than $400,000.

Residents at the DAPR meeting.

Several residents, some of whom live in the condominium building just north of the site, spoke in opposition to the project — with their complaints focused largely on the building’s height.

But one residents praised the developer for adding bird-friendly design features to the plans.

The project next moves to the Plan Commission, which is expected to begin its review at a meeting on Wednesday, Oct. 9.