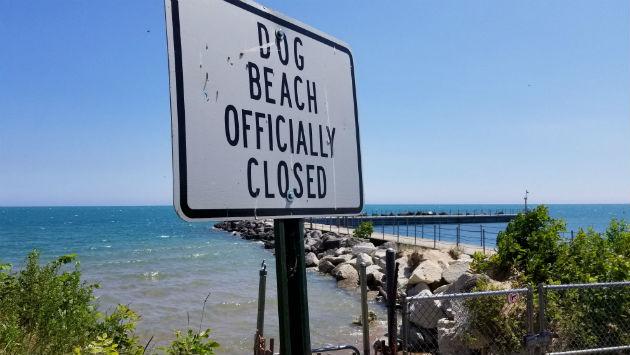 Evanston city staff will drop the questions of whether and where to build a new dog park back in the lap of the City Council Monday night.

A staff memo prepared for the meeting says dog owners have favored a number of proposed locations for turning portions of an existing city park into a dog partk — but nearby neighbors have opposed each one.

The memo also says that state and county regulations require that any off-leash dog park be fenced off, isolated from the general public and with a secure gate that is accessible only to permit holders. So that means any existing use of an area would have to be displaced to make room for the dog park.

The memo from city Project Manager Stefanie Levine says the city could potentially acquire new property for a dog park — but there’s now no money in the budget for that.

The demand for a new dog park has grown since the city’s former dog beach disappeared under the rising waters of Lake Michigan.

The MWRD leases that property to the Village of Skokie and Evanston pays for a share of the maintenance costs in return for Evanston residents having access at the same cost charged to Skokie residents.

But, the memo notes, Pooch Park is relatively inaccessible to residents of much of Evanston except by car.