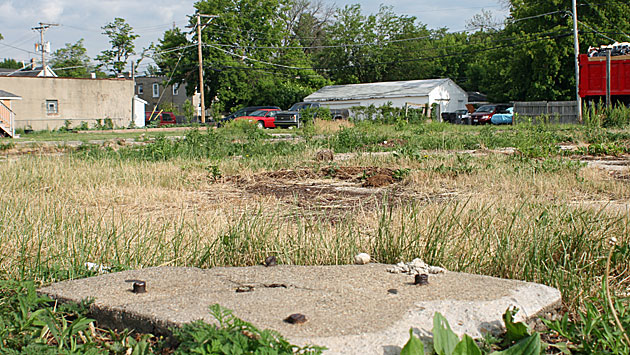 The City of Evanston filed suit this week against Chevron, seeking to force the oil giant to clean up a former gas station site at 1801-05 Church St.

The suit, filed in federal district court, claims that Texaco, which merged with Chevron in 2001, owned and operated the gas station from about 1925 through the early 1970s.

The city says it has evidence that at least two gasoline storage tanks leaked contaminants into the soil during the 1960s while Texaco owned the station.

In 2000, the city says, the state fire marshall issued a violation notice for improperly abandoned and leaking storage tanks on the site and that nothing was done to correct the problems.

The city in 2012 sought to acquire the property from its current owner, E-Town Community Ventures LLC., which it has also named a defendant in the suit.

In investigating conditions on the site prior to agreeing to the purchase, the city hired an environmental consultant. The city says the consultant found that contamination from the property "has migrated off-site in the east/southeast direction and is impacting" Church Street, Darrow Avenue and possibly the commercial property to the east, Strange Lofts.

The city is seeking injunctive relief, an order directing a cleanup and an award of compensatory and punitive damages.

The property was the proposed site of a 27-unit low-income housing development called Darrow Corrners, which was rejected by the City Council in 2006 on a 5-4 vote.

The property was abandoned as a gas station sometime in the late 1990s and has been vacant ever since.