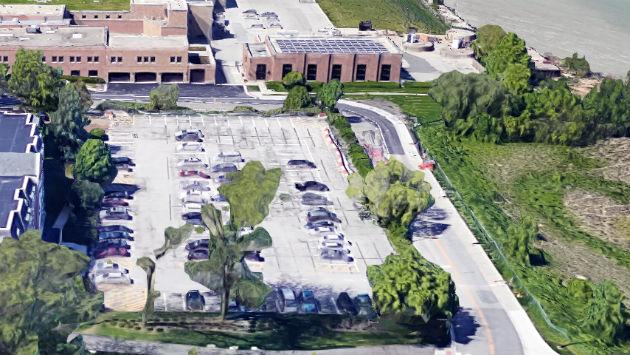 Evanston aldermen tonight are scheduled to approve a $19.2 million contract with Thieneman Construction to replace the city’s five million gallon water reservoir located under a parking lot at the north edge of the Northwestern University campus.

Plans to replace the 84-year-old water storage facility across Lincoln Street from the city water plant have been in the works for more than five years. At one point the cost of the project was estimated at $26 million. Deterioration of the concrete that forms the reservoir’s shell has led to the need to replace it.

But with the award to Thieneman and an existing design and engineering contract for $1.35 million with CDM Smith, it now appears the project will be completed for under $21 million.

The city has received tentative approval from the Illinois Environmental Protection Agency for a 20-year loan at a 1.84 percent interest rate to fund the project. Final approval of the Thieneman deal will be subject to getting final loan approval from the IEPA.

In a memo to aldermen, Public Works Director Dave Stoneback says Thieneman, which is based in Westfield, Indiana, “performed satisfactorily” on a water plant project in 2017 and has gotten positive feedback on other projects.

The only other bid received for the project, from Henderson & Sons of Gurnee, was priced more than $4 million higher than the Thieneman proposal.

Parking won’t be allowed atop the new reservoir because of concerns about possible seepage of road salt and other chemicals into it.