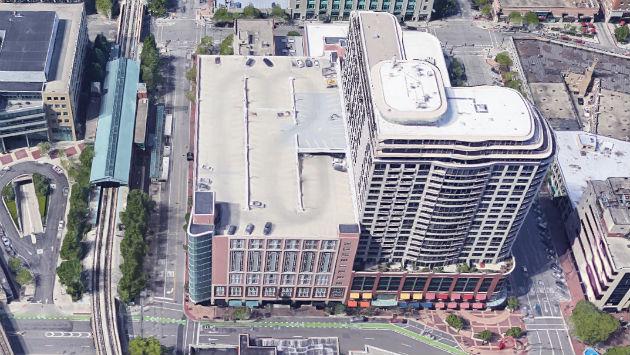 Aldermen on Evanston’s Administration and Public Works Committee asked city staff Monday night to do fresh research on the cost and design of fencing designed to discourage suicide attempts from the roof of the Sherman Plaza garage.

The action came at the request of Alderman Judy Fiske, whose 1st Ward includes the site.

Fiske said the cost of successful police efforts to prevent a woman from jumping from the garage in January provide another example of why fencing is needed.

She says residents of the condominiums at Sherman Plaza frequently complain to her about people sitting on the parapet wall surrounding the garage roof and notes that there have been several suicides and suicide attempts at the garage in the years since it opened.

In 2014 the city received a price quote of just under $25,000 to install a six-foot-tall chain link fence just inside the parapet wall. But aldermen voted against making the purchase that year and took no action when the idea was raised again early last year.

City Manager Wally Bobkiewicz said “there are different schools of thought” about whether a fence would be effective in deterring suicides.

Alderman Peter Braithwaite, 2nd Ward, said he doesn’t believe a fence could be built that would be high enough, and said he’d be more interested in the idea if the fence had barbed wire to be more of a deterrent.

Alderman Ann Rainey, 8th Ward, suggested doing more research on what would be an effective deterrent.

Bobkiewicz pledged to return to the Council with more information at its second meeting in May.